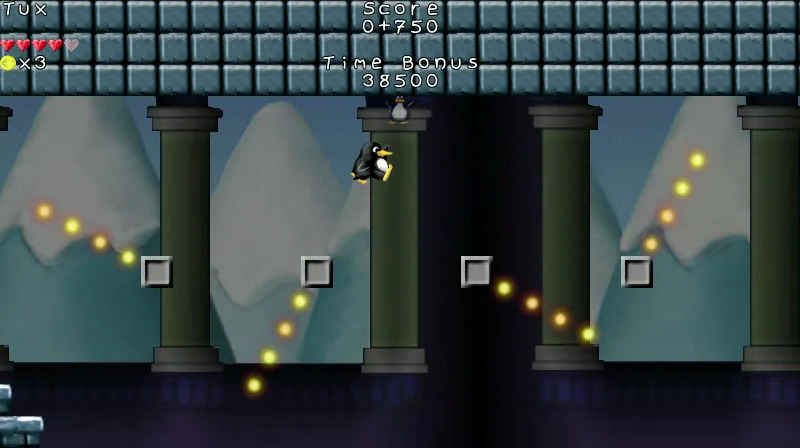 Tux is just getting ready to go fishing when all of a sudden, he receives a message. The message states that his home, Icy Island, has been taken over by the Snow King, and a new Fish Tax will be imposed. Tux is furious! How dare the Snow King take away his fish?! Help Tux overthrow the Snow King and stop him from taking Tux's fish away!

ReTux is a 100% libre software and 100% libre culture action platformer loosely inspired by the Mario games, utilizing the art assets from the SuperTux project. The name "ReTux" is a play on the words "redux" and "Tux".

Although ReTux re-uses the art assets of SuperTux, no code from SuperTux is used in ReTux. The software portion of ReTux is entirely new, written in Python and based on the SGE Game Engine. ReTux also has several distinctions in its gameplay compared to both SuperTux and the Mario games, many of which are made apparent by watching these videos. Some particular distinctions of ReTux include:

News about ReTux is posted here. You can follow it by subscribing to the Atom feed: